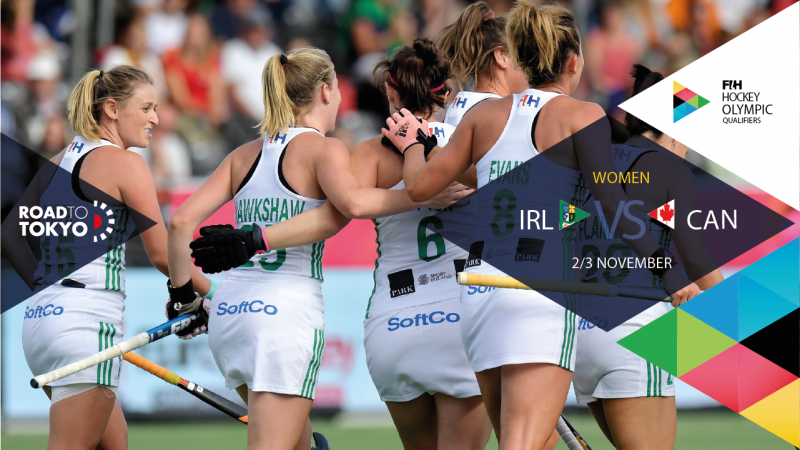 Hockey Ireland are delighted to announce the location for the Women’s Olympic Qualifier this November. Adding another level of excitement to the event, the Women’s matches will take place on the 2nd and 3rd of November in Energia Park in Donnybrook.

Speaking on the announcement, CEO of Hockey Ireland, Jerome Pels said, “We’re excited to announce Energia Park in Donnybrook as the venue for the Women’s Olympic Qualifier matches against Canada this November. This is a huge step for the sport in Ireland to play hockey in a venue of this size.

“A lot of time and research has been dedicated to establishing whether the event could take place here. Similar to England Hockey’s successful use of an overlay carpet for their FIH Pro League matches at The Stoop in London earlier this year, we’re excited to bring this unique experience to Ireland.

“We’d like to thank Leinster Rugby for accommodating us in Energia Park and look forward to bringing this event to fruition.”

The Head of Commercial with Leinster Rugby, Kevin Quinn said, “This is another hugely positive step for us in Leinster Rugby to showcase our ability to offer a facility like Energia Park to other governing bodies and organisations.

“To be able to host international sporting occasions in any code and at any level is something we take huge pride in and I know our two partners in Energia Park, Old Wesley and Bective Rangers, feel the same way.

“Hockey Ireland and ourselves share offices on the same campus up in UCD and it is brilliant that we can now share a home stadium together for these two games and we can’t wait to host them, and to fill out Energia Park, in November.”

A launch event is scheduled to take place early next week, where further information will be provided.

Tickets will be available in coming weeks.