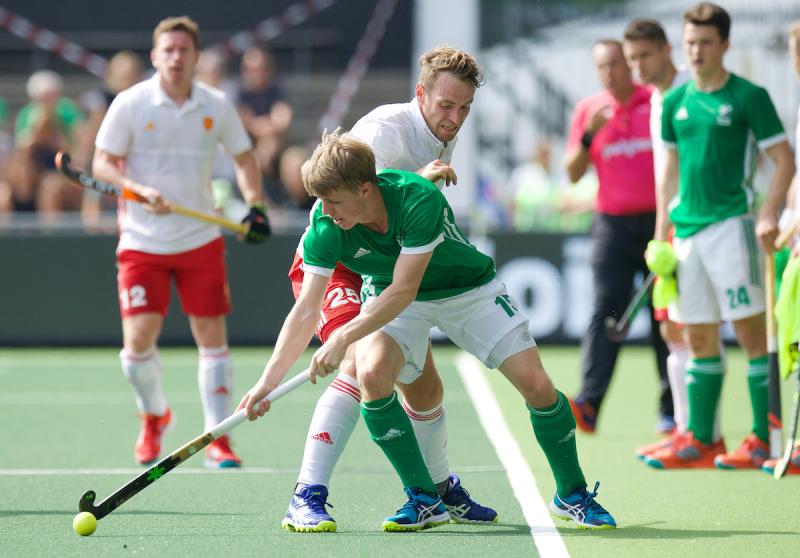 The Senior Irish Men’s Hockey squad was unveiled this morning for both their upcoming Euro Hockey Championships campaign in Antwerp this August, as well as their Four Nations tournament in Spain at the end of this month.

Vital World Ranking points are at stake for all teams in this tournament as the Olympic Qualification process heats up. The Green Machine will take on the Netherlands, Germany and Scotland in Pool B, with their opening match against the Netherlands taking place on Saturday 17th of August at 15:45 local time.

The squad selected is as follows:

Speaking on the squad selection Head Coach, Alexander Cox, said, “I’m happy to announce the team that will contest the Euro Hockey Championships for Ireland. There are some different names in the squad in comparison to our FIH Series Finals earlier this summer. I’m content that this squad is, at this moment, our best squad and I expect we will do well in the coming weeks; however, there are still some decisions to be made around our goalkeepers for Europeans. The upcoming Four Nations tournament will be a good opportunity to prepare ourselves in the best possible way for European Championships.”

The Men will head to Spain ahead of the Euro-Hockey Championships campaign for a Four Nation tournament, taking on Spain, England and Malaysia.

For more information on the Belfius Euro-Hockey Championships, see: http://www.belfiuseurohockey.com/en/