Ireland runners up to France in FIH Series Finals 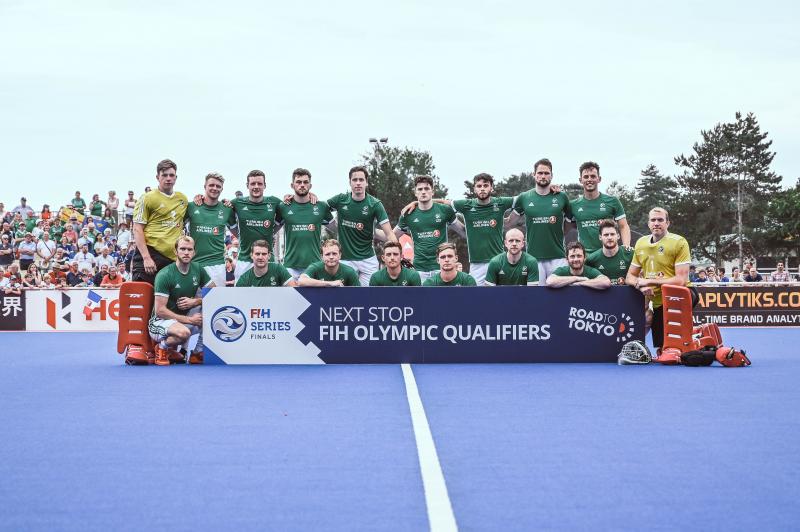 Having secured their Olympic qualifier spot yesterday with a 4-2 win over Korea, the Irish Men were runners-up today to host nation France.

In hot and humid conditions, it was Ben Walker and Sean Murray with one of the opening opportunities for Ireland in the first quarter. With a save by Thieffry, France were the first to make their mark on the scoreboard with a goal from Blaise Rogeau. It wasn’t long before Murray had another attempt, this time hitting the post. However, Ben Walker had him set up again moments later to give Ireland the equaliser.

France took the lead in the second quarter with Victor Charlet putting the ball in the goal after a scramble from a French penalty corner. Ben Walker and Michael Robson both made their presence clearly felt in this quarter while Ireland looked to continue with good energy and pace ahead of half time.

Victor Charlet put a second goal away for France in the third quarter, also from a penalty corner, to give the hosts a two-goal lead. Although the quarter ended Ireland 1-3 France, the final seconds were marked by a great chance for France with a save from David Harte rebounding, Paul Gleghorne stretching across the line on his knees to keep the ball out of the goal and Lee Cole ensuring it was pushed out of harm’s way before the whistle blew.

Ireland seemed to gain momentum again in the close quarter. A penalty corner in the final two minutes presented an opportunity, however Shane O’Donoghue, receiving it from Ben Walker, sent it slightly wide of the posts and France took the victory by two goals.

In the individual tournament awards, Shane O’Donoghue was presented with the award for top goal-scorer of the tournament, shared with France’s Victor Charlet.

Speaking on the match, Head Coach Alexander Cox said, “I’m not happy. We simply played a bad game from the start and couldn’t turn it around. We made way too many mistakes on the ball and our decisions were not quick enough.

We trailed the game from the start and couldn’t change it. This was one of those games where it simply wasn’t good enough. Overall I’m disappointed with this performance.”

However, with an Autumn Olympic qualifier now secure, the focus moves towards European’s in August where Ireland will face a tough Pool challenge against Germany, the Netherlands and Scotland.