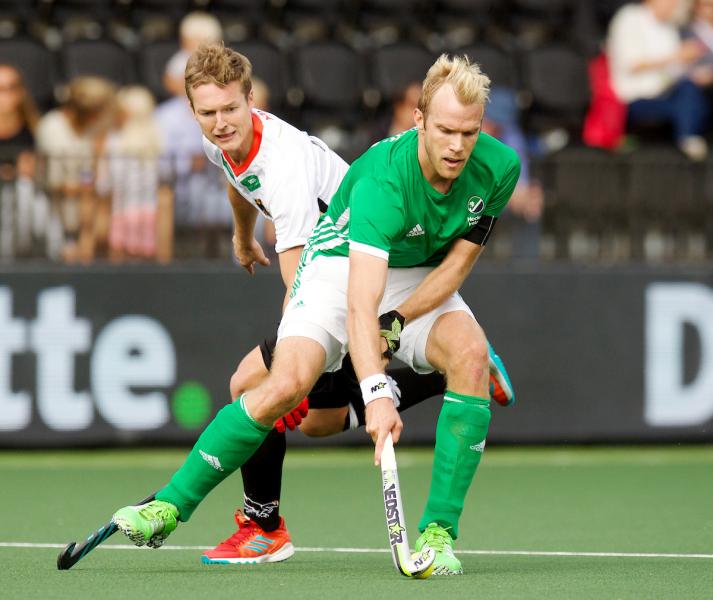 The Senior Irish Men’s Hockey squad was unveiled early this morning for the upcoming FIH World Series in Le Touquet, France, which gets underway on June 15th. This tournament is the first stage in the Olympic qualification process for the Irish men, with the top two teams from each FIH Series Finals securing a place in qualification events for Tokyo 2020, which will be held later this year.

The Green Machine will take on Egypt, Scotland and Singapore in Pool A, with France, Korea, Ukraine and Chile in Pool B. The squad selection is as follows:

Speaking on the squad selection Head Coach, Alexander Cox, said, “I’m happy to announce the team that will fight for an Olympic qualifier ticket. There are some new names in the squad in comparison to our last World Cup endeavours. The selected squad gives me the opportunity to use certain players in multiple lines which I feel is an advantage for us. The upcoming camps and practice games will be used to prepare ourselves in the best possible way for the World Series.”

In the lead up to the FIH Series Finals the men will play host to the USA and France with international matches scheduled against the USA on May 24th and 26th, and against France on June 4th and 6th. There will also be an open training session for media and fans to attend on Friday the 31st of May in Lisnagarvey Hockey Club, from 16:00 to 17:30.

The FIH Series Finals include some of the best teams in the world and are one of the roads to reach the Olympic Games Tokyo 2020. Indeed, the top two teams from each FIH Series Finals will secure a place in the Qualification Events for the next Olympic Games which will be held in October and November 2019. Le Touquet, France (Men)15-23 June 2019, match schedule available here.