Magee and Darling On The Scoresheet Against Olympic Champions 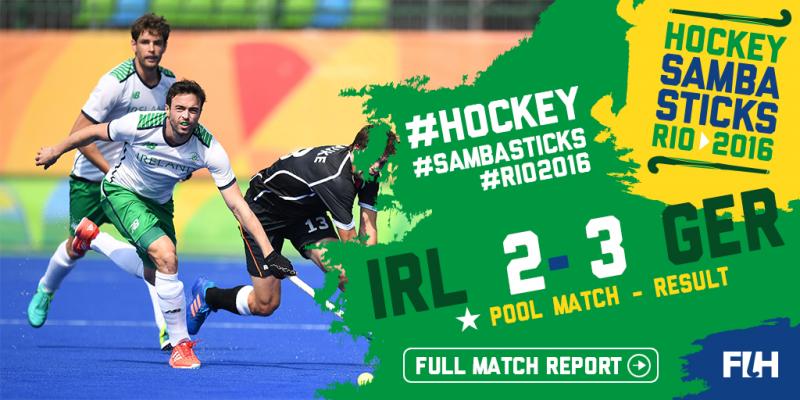 Ireland pushed reigning Olympic champions Germany all the way but ultimately were undone 3-2 in Deodoro.

It means that they must now beat both Canada on Thursday and Argentina on Friday to give themselves a chance at reaching the quarter-finals of the Olympic Games.

For goalkeeper David Harte, it was a case of âso close and yet so far againâ as excellent goals from Eugene Magee and Mitch Darling were counter-acted by a penalty corner double from Moritz Fuerste and a mid-circle slap from Martin Zwicker.

âAgainst the reigning Olympic champions and the world number 3, how we improved from the game against the Dutch, there are incredible amount of positives and proud of how we performed about the 60 minutes,â Harte said of the performance.

He was in the kind of form that saw him land the world goalkeeper of the year award, regularly denying Florian Fuchs â among others â while Ireland showed plenty of verve in attack.

Jonny Bell won the first corner of the game which Nicolas Jacobi did brilliantly to get down low and deny John Jermynâs drag-flick.

Ireland replied after a composed period in the second quarter and got back on terms with a breathtaking goal from Eugene Magee. Chris Cargo laid on the pass and the Banbridge man side-stepped away from a tackle brilliantly and fired home a rocket on his backhand side â 1-1 at half-time. 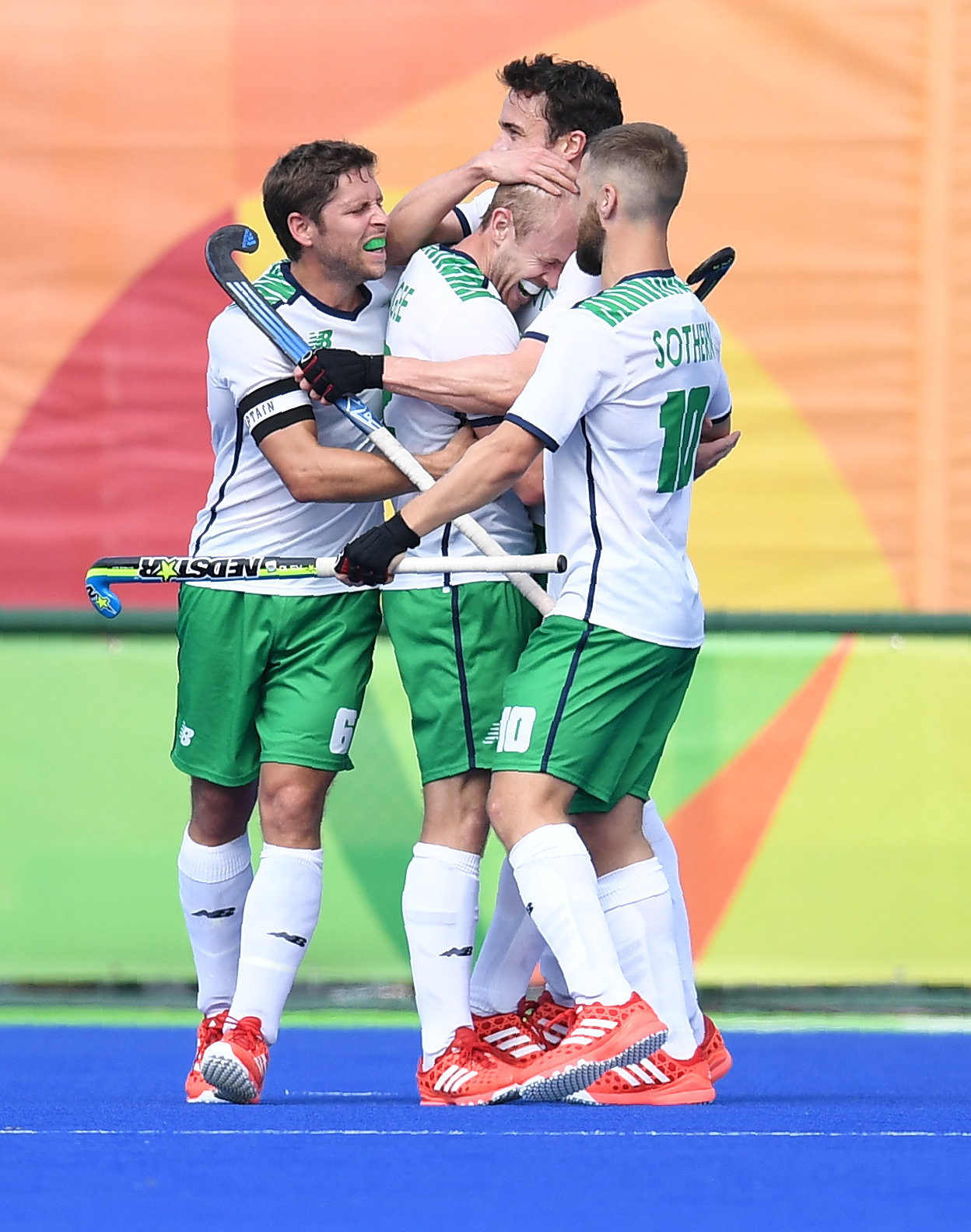 Bouyed by that strike, Mikey Watt took up the energy levels in the second half with a number of strong runs. One deft piece of 3D skill saw him beat three players before unleashing a shot that went only inches wide.

But Germany won the game in a 240 second spell between the 38th and 42nd minutes. Fuersteâs second corner flick made it 2-1 and then Zwicker picked up an uncleared ball and slapped into the corner for a strong advantage.

Ireland hung tough to cling onto a piece of the game in the minutes after that before pushing forward in the latter stages. Jermynâs drag-flick was well saved by Jacobi before Darling pulled one back with a screamer from the top of the circle.

That was with 83 seconds left but no final chance came as Germany saw out time.

It means two big games ahead for Ireland and key defender Jonny Bell says the side is ready for the challenge.

âOur heads arenât down but we havenât got the results we wanted. There is good togetherness and unity in our group and we will be back strong for the last two games.

âThere has been a gradual improvement and we are getting into our stride, playing our patterns better, probably looking more like the Ireland that people know. Thatâs positive going into the last two games.â

Coach Craig Fulton, meanwhile, added: âOur defence definitely improved; they are a good team and the stats will probably prove they had more circle entries than us but our composure was good and we ran hard in the heat.

âWe did ourselves justice. You come off the back of a 5-0 loss and the character is determined by how the team responds and they definitely did today. I am proud of the guys.â